International Travel Security Update: The Risk of Terrorism at the Euro 2016 Championship in France

The UEFA Euro 2016 Championship commenced on June 10th amidst an atmosphere rife with security concerns and national tension. Twenty-four teams will compete among 10 different venues throughout France over a period of 30 days in order to claim the quadrennial soccer championship. International security consulting experts believe that hundreds of thousands of fans from all over the world will make the journey to France in order to cheer for their team. 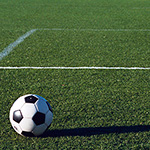 Many counterterrorism officials warn that an event as large as Euro 2016 makes for an enticing terrorist target, especially in the wake of the recent attacks in Brussels, Paris, and Orlando. Other experts believe the UEFA Euro Championship could serve as a distraction, allowing for attacks in other less secure areas. As a result of these risks, the U.S. State Department has issued a travel advisory warning American tourists about the potential for terrorist activity at large events, although the advisory does not cite a specific threat.

French officials are implementing a variety of international travel security measures for the Euro 2016 games. Perhaps the most noticeable measure is the deployment of 90,000 security personnel for the duration of the championship. Under the state of emergency that has been in place since the Paris attacks, security forces can more easily place suspected terrorists under house arrest. In addition to the large security presence, the French interior ministry has released a smartphone app called Saip. The app, available in both English and French, is intended to serve as an alert service, warning users of nearby violence or emergencies. Interestingly, French officials are even implementing anti-drone technology and no-fly zones to protect against the potential use of drones by terrorists.

On top of security concerns, France faces widespread union strikes that threaten to halt critical services throughout the country. French President Francois Hollande has warned that the strikes would be detrimental to France, urging organizers to stop the strikes during the UEFA Euro 2016 Championship. Despite this, several French unions continue to protest in response to a proposed labor law reform. Although the impact of the strikes on Euro 2016 remains unknown, many people within France hope that the event will ease national tension, and prove to be a point of national pride and unity.