Days after Ohio State University celebrated a football victory against archrival Michigan, tragedy hit the campus. On Monday, November 28th, 2016, an 18-year old Ohio State student rammed a car into a group of pedestrians and then exited the vehicle and began slashing victims with a butcher knife. Fortunately, the assailant was shot and killed by a University Police Officer before he could continue his rampage. In total, 11 people were injured. If it were not for the quick police response, the attack could have been much more devastating.

Many are labeling the Ohio State attack an act of terrorism. Like the attacks in Orlando and Nice, there are indicators that the assailant may have been an ISIS-inspired lone wolf. 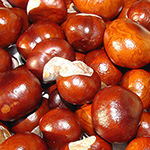 The perpetrator of the Ohio State attack was a Somali-born legal resident of the United States. After leaving Somalia in 2007, he lived in Pakistan for several years before taking up residence in Dallas, Texas. Later, he moved to Columbus, Ohio, which has a significant Somali community. At the time of the Ohio State attack, the assailant was in his first semester of school at the University.

Before the Ohio State attack, the perpetrator posted a series of Facebook rants demanding that the U.S. “stop interfering with other countries, especially in the Muslim Ummah (community)” and warned, “If you want us Muslims to stop carrying lone wolf attacks, then make peace” with the Islamic State group. Immediately after the attack, ISIS claimed that he was a “soldier” operating under its behalf. However, other sources claim that he was inspired by deceased U.S. born radical Islamic cleric Anwar al-Awlaki, a former top leader for al-Qaeda in Yemen who was killed by a U.S. drone strike in 2011.

Many observers believe the assailant was influenced by ISIS propaganda. Unfortunately, because ISIS has lost ground in Iraq and Syria, some experts anticipate an increase in these types of attacks. This is because the terrorist group is seeking other ways to strike back at the West to counter its losses on the battlefield. If it cannot infiltrate its operatives into target countries, it will seek to inspire people who already live there, making detection of impending attacks more difficult.