At around 2 a.m. on June 12th, an armed assailant committed the deadliest mass shooting in modern American history. The suspect, 29 year-old Omar Mateen, entered Pulse, a gay nightclub in Orlando, Florida and opened fire on the 320 club patrons. He was equipped with an AR-15 assault rifle, a semiautomatic pistol, and a large quantity of ammunition. As the gunman entered, he exchanged gunfire with an off duty Orlando police officer working security for the club. Upon entry, the attacker quickly began killing club goers as they attempted to escape or seek refuge. Several minutes into the rampage, the killer called 911 and declared his allegiance to the Islamic State (IS). Police quickly responded to the attack, and exchanged gunfire with the attacker, forcing him to fallback to a restroom. Once in the restroom, the gunman took several people hostage. A three-hour standoff between the assailant and law enforcement ensued. Eventually, SWAT personnel breached the outside wall of the restroom using an armored vehicle. The gunman emerged from one of the openings, dying in an exchange of gunfire with police. 49 people were killed during the Orlando shooting, 50 including the gunman.

The Background of a Terrorist: Crisis Management Consulting Firm Investigate 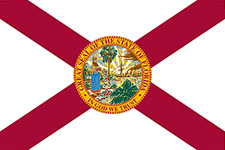 Although the attacker’s motivation for the Orlando shooting remains uncertain, many details regarding his life were revealed during the early days of the investigation following the Orlando shooting. The assailant was an American citizen born in New York City to immigrant parents from Afghanistan. Several family friends interviewed by investigators stated that that attacker’s family was Muslim, but not zealous or particularly observant. Several school records reviewed by officials indicated he struggled with behavioral issues throughout most of his schooling. During his early twenties, the attacker attended a police academy at a local community college; however, the academy dismissed him due to his habit of sleeping during class and threats he made about bringing a gun to school.

After being expelled from the academy, the gunman accepted a job with London-based security firm G4S. In 2009, the assailant married his first wife, Sitora Yusifiy. During an interview with investigators, Yusifiy claimed that her husband routinely abused her. The couple divorced 9 months after their wedding. However, the attacker remarried in 2011 to Noor Zahi Salman, and in 2012 Salman gave birth to a son. During this period, the FBI twice investigated the gunman. The first investigation centered on claims the attacker made to co-workers, stating he had ties to al-Qaeda, Hezbollah, and the Boston Marathon bombers. The second investigation occurred as the result of a possible link between the gunman and Moner Mohammad Abusalha, an American who traveled to Syria in support of a Jabhat al-Nusra, an al-Qaeda affiliate. Both investigations were eventually dismissed.

As America continues to reel from the Orlando shooting, questions are arising around gun control, terrorism, LGBT rights, and radical Islam. While these questions are important, many businesses are asking themselves more practical questions. Specifically, they are looking for better ways to protect themselves from mass shootings, and are turning to professionals in the fields of crisis management, physical security, and violence prevention.