The Syrian civil war has developed into an incredibly complex conflict. Amidst the Arab Spring fervor of 2011, the Syrian civil war began with protests in the city of Daraa. Government security forces responded to these initial demonstrations by opening fire on protesters. Shortly thereafter, an armed opposition arose calling for the toppling of President Bashar Al-Assad’s regime. 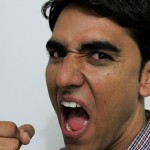 By 2012, combat between opposition and regime forces reached Damascus and Aleppo, resulting in a stalemate on both sides.

In August 2013, according to a U.N. report, regime forces killed a large number of civilians by deploying sarin gas outside of Damascus.

During June 2014, a jihadist opposition faction proclaimed the creation of the Islamic State (IS) in western Syria and eastern Iraq. Due to their brutal tactics and rapid expansion, IS forces became a target for U.S.-led airstrikes in August 2014.

Since then, the Syrian civil war has churned onward, resulting in over 250,000 deaths, and the dislocation of millions.

Russia drastically increased its participation in the Syrian civil war in late September 2015 by initiating a campaign designed to strike targets fighting regime forces. With Assad’s approval, Russian aircraft bombed targets in northwest Syria. Some analysts noted that the majority of Russian targets included Western-backed opposition groups, not IS forces.

In early October, Russia launched 26 cruise missiles from ships in the Caspian Sea. The missiles traveled more than 900 miles, flying over Iran and Iraq before hitting their targets in Syria. In addition to conducting air and missile strikes, Russia bolstered its presence at the Humaymim airfield near Latakia. On October 15th, Russia continued its involvement in the Syrian civil war by providing air support for a new offensive by Assad’s forces aimed at retaking a strategic highway between the cities of Homs and Hamah.

Although there are a multitude of opposition groups relating to the Syrian civil war, the following is a breakdown of 5 major rebel factions battling Assad: