Syria War: Russia May be Waiting on US Election Results to Strike Deal

President Obama and Russian President Vladimir Putin failed to reach an agreement on the Syrian conflict during the G20 conference earlier this month. The failure to reach an accord likely means that the Syria War will continue unabated, at least in the short term. So far, the conflict has raged for over 5 years, claimed over a quarter-million lives, and created a refugee crisis that has racked Europe and Middle East. 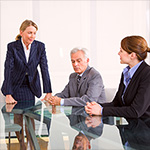 Discussing the lack of agreement, President Obama cited numerous “gaps of trust” that exist between the two nations. In that, the President was undoubtedly referring to disagreements over Ukraine and cyber attacks against US individuals and organizations, including attacks targeting the Democratic Party. However, there could be other causes for lack of agreement. Some observers, for instance, believe that Russia may simply be waiting to see the outcome of the US November elections before striking a deal.

Reaching a peace deal on the Syria War has proven elusive. On the one hand, this is surprising as there is almost universal agreement among world powers that ISIS, one of the conflict’s chief antagonists, must be destroyed. On the other hand, there are so many different factions fighting in Syria that it has been hard to find common ground. Indeed, a recent CNN article lists 14 separate belligerent groups in the Syria War. Any deal reached by Russia and the US would need backing from many, though not all, of these factions.

Given the current state of hostilities, many international travel security experts do not think a peace agreement is likely before the US November election. Once the election outcome is known, the leaders of the major belligerent groups, excluding ISIS and Al-Qaeda, will have more confidence striking an agreement with the US. Once the elections are over, a diplomatic solution could be possible in the next 6-9 months as there is common sentiment among world and regional powers that the Syria War needs to end. As such, the international travel security consultants at IMG Group believe that an accord among the non-extremist factions in the Syrian conflict could be reached in late 2016 or the first half of 2017.