The German Army has proposed instituting more stringent background checks on recruits wishing to enter the service. The proposal follows a spate of attacks in Europe and the United States that have been perpetrated by homegrown terrorists inspired by ISIS. The move gathered additional support after it was disclosed that more than 50 Islamic extremists had already joined the German Army, while as many as 29 ex-German Army soldiers had joined ISIS on the battlefield. 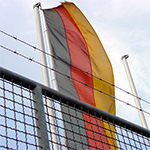 Although the number of current and former German Army personnel affiliated with extremist groups is miniscule relative to the size of the force, it is worrying nonetheless. For instance, ex-German Army soldiers could pass on Western tactics, training practices, and technical information to ISIS, making the terror group even deadlier. Furthermore, some observers fear that a radicalized infiltrator in the German Army could gain access to military-grade weapons and explosives that could be used to carry out a large-scale terrorist attack. For these reasons, many security consultants see the recent background check proposal to be sensible.

Given these shortcomings, many security experts think that background checks for prospective military recruits should be comprehensive and consider factors other than past criminal activity. For sensitive positions within the US military, for example, it is common for investigators to interview a recruit’s neighbors, former employers, and classmates. These systematic screenings provide a more complete understanding of an individual’s character, behavior, and mental state. Yet, comprehensive background checks are not perfect either and tend to be very resource intensive.

While background checks are an important vetting tool, the expert forensic psychology consulting team at IMG recommends psychological screening as an additional method of rooting out potential extremist infiltrators. After all, many terrorists have a history of mental and emotional instability and psychological screenings could spot these issues early on. Moreover, such screening techniques, if used periodically over the course of an individual’s career, could help spot warning signs of radicalization and allow officials to intervene before the situation deteriorates. The IMG Group’s Forensic Psychology consulting team believes that instituting psychological screenings, along with other security measures, could help the German Army more effectively weed out would-be extremists from its ranks.