Travel Security Lessons From a Murder in Medellin

IMG Note: The following article discusses the tragic shooting in Medellin Colombia of an American traveler. By resisting the demands of his gunmen, John Mariani increased his chance of potential danger in Columbia, a country where violence and petty crime are still an issue. The article goes on to discuss travel security tips for international travelers, including advice in dealing with criminals and how to protect yourself by planning ahead when riding in a taxi overseas.

On the evening of Friday, Sept. 25, American tourist John Mariani left his hotel in Medellin, Colombia, and jumped into a taxi. The 65-year-old New Yorker was staying at one of the many high-class hotels in Medellin’s upscale El Poblado neighborhood. But shortly after leaving the hotel, the taxi picked up a tail and was followed by a car and a motorcycle. The drivers of the trailing vehicles reportedly forced the taxi to stop and confronted the driver and Mariani at gunpoint, demanding their wallets and personal belongings. When Mariani refused the gunmen’s demands to relinquish his belongings, he was shot dead.

Mariani’s tragic death provides a number of security lessons for other travelers. 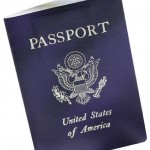 Colombia has come a long way from the wild days of the late 1980s and early 1990s, as has Medellin, which was once the dangerous headquarters of Pablo Escobar’s powerful and brutal Medellin Cartel. Colombia and Medellin are far safer for foreigners to visit now, but crime remains a problem. Indeed, even though the government is making progress in its efforts to negotiate a peace settlement to end its decades-long communist insurgencies, “peace” in Colombia will not automatically result in security. Many of the current rank-and-file members of the Revolutionary Armed Forces of Colombia and National Liberation Army will likely join criminal bands known as Bacrim once they are demobilized. Understanding such dynamics — and how local criminals operate — is one of the most important steps in planning a safe trip abroad.

One place to find this kind of information is publications from the U.S. and foreign governments. For example, the U.S. Department of State’s Consular Information Sheet for Colombia states the following in the crime section:

Violent and petty crime remains a significant concern in Colombia. Robbery and other violent crimes, as well as scams against unsuspecting tourists, are common in urban areas. Generally speaking, if you are the victim of a robbery, you should not resist. Firearms are prevalent in Colombia and altercations may turn violent.

This is exactly what happened in the Mariani case: His resistance to the criminals’ demands led to a rapid escalation of violence and his death. Normally in Colombia, if you surrender your valuables, you will not be harmed; this is why the U.S. Embassy advises American citizens not to resist. Of course, the type of crimes common in a location will dictate how a traveler should respond to a given threat, so it is important to understand the threat.

In all circumstances, it is better to see a threat developing and take actions to avoid it than it is to be caught off guard by armed criminals. Because of this we recommend that people practice a proper level of situational awareness, especially when and where the security threat is elevated — for example, going out on the street after dark in Colombia.

It is also important to understand that street crimes, even those that appear to be random, are not. They follow a discernible planning cycle. Although this cycle will vary in duration depending on the type of crime — a purse snatching will likely require a much shorter cycle than a kidnapping for ransom — there are points during that planning cycle when the criminals planning the crime are vulnerable to detection. This is especially true while the criminals are “casing” or conducting surveillance on the potential victim during the target selection and planning phases of the cycle, and as they deploy for the attack. It is by detecting the preparatory activities of the criminal planning cycle that a victim practicing good situational awareness can spot a crime developing and take action to prevent the criminals from consummating their crime — such as dialing the police or turning and walking the other way to avoid the attack zone.

However, once a person has been caught off guard — especially by armed criminals — it is generally advisable to comply with the criminals’ demands rather than resist. Armed criminals in many parts of the world will not hesitate to use brutal violence if they are challenged. The advice to comply is particularly applicable when the criminal’s demands do not involve something life-threatening. Even in the case of a crime that may result in a significant financial loss, such as an express or traditional kidnapping, it is still better to be a live victim than a dead body. One of the rules of thumb I use in travel security briefings is that no possession is worth your life. But even then, it is better to simply not take important sentimental items with you when traveling to a crime-prone area, because such items could tempt you to hesitate to surrender them. In many parts of the world, a criminal will cut your engagement ring off your dead finger if you refuse or even hesitate to give it up.

Of course the equation is dramatically different in a situation where the criminal encounter is likely to be life-threatening, such as a kidnapping by criminals who could sell you to the Islamic State. In such instances, it is better to attempt to run, hide or fight than to comply.

The Trouble With Taxis

At this point we do not know if Mariani took a registered taxi or an unofficial, “black” taxi. However, by their very nature, taxis are a problem for travelers all around the world. Taxi drivers pose a number of threats, some of which are relatively benign, such as overcharging for a ride. Crimes like this can even occur in areas of the world considered safe. However, in some parts of the world, taxi drivers can pose a more dangerous threat, such as actively helping a criminal gang rob or kidnap — whether express or traditional — a traveler.

Taxi drivers, by nature, are in a position of power because they know where they are going and how much the ride should cost. One way to mitigate the driver’s power is through preparation prior to the ride. This can be done by researching travel blogs, using a map, contacting a hotel or asking business associates and contacts in country. A traveler should also use only sanctioned taxis. Many cities will have designated taxi stands where a person can go to hail a taxi. A traveler can often get an estimated fare from this stand. Hotel and restaurant doormen will also usually be willing to hail a reliable taxi for customers. It is generally advisable to never hail a taxi from the street by yourself, especially in a high crime threat location such as Colombia.

In the end, Mariani’s death is a tragic event but one that probably could have been avoided. Hopefully, this tragedy can serve as a lesson for other travelers.

“Lessons From a Murder in Medellin is republished with permission of Stratfor.”