On April 16th, a massive earthquake struck the country of Ecuador. Originating near the coastal town of Musine, the 7.8 magnitude quake inflicted damage across the country. Survivors reported that the earthquake was so powerful that it caused bridges to disintegrate and roads to oscillate like ocean waves. The death toll from the quake has reached 646 people, with more than 100 still missing. Rafael Correa, Ecuador’s president, declared eight days of mourning for the victims of the earthquake, the worst disaster to strike the nation in decades. In response, over 25 countries from around the world deployed search and rescue teams to look for survivors. It is estimated that the quake caused $3 billion in damage, exacerbating the economic malaise already gripping the country. 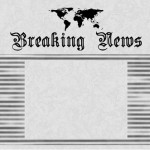 At almost the same time as the earthquake in Ecuador, Japan suffered two large quakes, killing more than 40 people. The first Japan earthquake 2016, 6.2 in magnitude, occurred near the town of Ueki in the Kyushu region. The quake collapsed buildings and triggered fires and mudslides. The second earthquake occurred in the same region, a little more than 24 hours later. This tremor was much stronger, coming in at a 7.3 on the Richter scale. Many buildings, which were weakened during the previous earthquake, collapsed. In order to help speed search and rescue efforts, Japanese Prime Minster Shinzo Abe mobilized 25,000 self-defense personnel. As a result of the damage caused by the Japan earthquake 2016, several auto parts manufacturers have shut down, leading General Motors to idle production at many of its North American plants in expectation of a supply shortage.

Despite much study, seismologists have yet to develop a method of accurately predicting when an earthquake will strike. Although the Ecuador earthquake and Japan earthquake 2016 occurred within hours of each other, seismologists do not believe the quakes were related. In fact, the two events seemed to have been caused by very different factors. Even so, scientists are continuing to study events like this to better understand and, hopefully, predict earthquakes in the future. Until then, the emergency response professionals at IMG Group recommend that travelers familiarize themselves with Earthquake safety precautions when traveling to quake-prone areas. This includes countries such as: Turkey, Pakistan, Indonesia, India, Nepal, and any area lying near the Pacific Rim or the so-called “Ring of Fire.”

In addition to traveler preparation and education, global corporations and frequent international travelers should develop emergency response plans. Such plans can be tailored to meet specific threats, such as earthquakes, or be more generalized to grapple with a variety of potential emergencies. Regardless of the level of detail, emergency response plans that are immediately employed in the aftermath of a crisis can help ensure travelers are able to return home quickly and safely.