43 students went missing in Mexico on the night of September 26th after attending classes in the city of Iguala, a village located 200 kilometers Southwest of Mexico City. According to reports, the students were arrested after clashing with Mexican authorities suspected of having ties to local drug gangs. Parents and relatives of the missing students are protesting the government’s response to the incident and one American student is thought to be one of the missing. Many believe that the students were massacred by drug cartel members, but definitive proof has not yet been found. 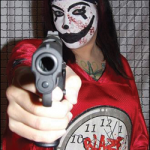 Recent arrests of local gang members have led authorities to a pile of burned bodies outside the town of Iguala. The suspects in the case told Mexican authorities that the mayor of Iguala arrested the students and then handed them over to the gang, Guerreros Unidos. The gang members drove the students to a landfill, killed them and burned their remains with fuel and wood for 14 hours. The charred bodies were then gathered and dumped in a nearby river. Authorities are now conducting DNA testing on the remains in hopes of identifying the bodies.

The mayor of the town of Iguala, Jose Luis Abarca Velazquez, has been stripped of his office due to his involvement in the students’ disappearance. The mayor’s wife was giving a speech on September 26th and the students had come to the speech to protest. Allegedly, Velazquez ordered the police to intercept the students and arrest them before they could interrupt the speech. Once the student protestors were in custody, Velazquez is accused of handing the 43 students to the local drug gang implicated in the massacre.

The Mexican drug war has led to over 22,000 missing and over 80,000 dead since the 2006. If the testimony by the arrested gang members is accurate, this will be the largest massacre in the history Mexico’s drug war. Parents of the missing students, distrustful of the Mexican government, are awaiting DNA testing by Argentine experts to prove that the remains found are those of their children. Preliminary DNA evidence has shown that the mass grave found near the school in Iguala, was not that of the 43 missing students.

IMG has extensive experience in security consulting and international security management. To learn more about the solutions offered by IMG, please visit: http://www.theimg.com/international-security-consulting.html