The Olympic Torch’s recent arrival in Brazil heralded the final preparations for the 2016 Olympics. The Brazil Olympics 2016 will be hosted in Rio de Janeiro and will be the first such event held in South America. The Olympic Games will be a time of celebration as well as a time of intense scrutiny for Brazil. Some critics in the international community have already cast doubt on Brazil’s ability to host an international event of this size. These detractors have cited logistical shortcomings, such as the delay of Rio’s subway extension and the shortage of transportation vehicles in the city. Other critics have pointed to political turmoil, economic recession, gang violence, and the Zika virus as major hurdles to the safety and success of the Games. 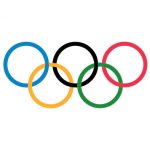 This criticism, and the uncertainty it creates, may already be having a financial impact. With less than 100 days before the start of the Brazil Olympics 2016, only about 60% of tickets have been sold. These low tickets sales raise the possibility that the Brazil Olympics 2016 may turn out to be less economically profitable than initially hoped. Despite these concerns, government officials remain hopeful that the Olympic Games will be successful in bringing tourists to Brazil and burnishing the country’s credentials as a rising economic power.

International Security Review: The Political Unrest in Brazil Ahead of the 2016 Olympic Games

Perhaps the largest crisis facing Brazil ahead of the Olympic Games is the impeachment of Dilma Rousseff, Brazil’s President. Rousseff, a member of the leftist Worker’s Party, stands accused of hiding a budget deficit in order to secure her re-election in 2014. To make the issue more volatile, the politician leading the charge against Rousseff, Eduardo Cunha, also stands accused of corruption. Prosecutors allege that Cunha accepted $5 million worth of bribes from companies seeking to win contracts with the partially state-owned oil company Petrobras. Both Rousseff and Cunha claim to be innocent. However, with the Brazilian economy staggering, many citizens are fed up with government corruption and are demanding that politicians be held accountable for their misdeeds.

In addition to the political crisis, Brazil’s security officials continue to tackle a host of challenges from local crime, to infectious diseases, to international terrorism. Unfortunately, the current economic and political environment has further complicated these efforts. The Brazilian government recently slashed the police budget, significantly reducing the number security forces available for the Olympics. If this and other issues are not addressed adequately, the security of the Brazil Olympics 2016 could be compromised. The international security experts at IMG Group, therefore, will continue to monitor the situation in Brazil and update travelers appropriately as the Brazil Olympic 2016 Games draw closer.