Apple iPhone at the Center of a National Security Debate

The ongoing debate between privacy and national security recently intensified. In early March, FBI Director James Comey and Apple’s top lawyer Bruce Sewell testified before the House Judiciary Committee. The hearing centered on the iPhone of Syed Farook, the gunman responsible for the San Bernardino shootings. In February, the FBI ordered Apple to develop software that would enable federal investigators to obtain data from Farook’s government-issued work phone. Shortly thereafter, the CEO of Apple, Tim Cook, issued a statement saying that the company would not comply with the FBI’s order because it would set a dangerous precedent and negatively impact privacy. Since then, the Justice Department has denounced Apple’s refusal to cooperate, accusing the company of conducting a publicity stunt.

According to Comey, the FBI believes the current litigation is simply standard due diligence. He stated that that the Bureau is not asking for a digital master key or a “backdoor,” but the ability to decrypt Farook’s iPhone, and only his iPhone. Comey also pointed out that the workaround would quickly become obsolete due to the rapid advance of encryption technology. He highlighted the fact that the FBI has a valid warrant for the information and Apple, therefore, must make every reasonable effort to comply with the order. Several legal experts have also noted that the phone in question is the property of San Bernardino County, and since the county wants to access the phone’s data, Apple has little ground to refuse the request. 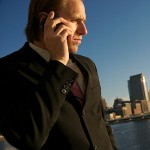 In his letter to Apple customers, Tim Cook stated that a backdoor to the iPhone is something too dangerous to create and presents a serious threat to iPhone users everywhere. Apple believes that complying with the FBI’s order could open a Pandora’s Box, releasing software that would allow malicious hackers and authoritarian governments to violate the privacy and security of millions. Cook contends that there is no way to guarantee control of such software. Furthermore, Apple thinks that yielding to the FBI’s order would set a dangerous precedent. He argues that if the FBI were successful in forcing the creation of a backdoor without legislative action from Congress, authorities would be able to demand a backdoor to any device storing data, thereby undermining liberties governments are meant to protect.

The Apple vs FBI dispute puts an interesting spin on the age-old debate between privacy and national security. Apple’s assertion is that compromising the encryption of one iPhone could compromise the encryption of every iPhone. Therefore, in their view, a warrant to crack one iPhone is illegitimate because it could ultimately lead to the cracking of countless other user devices. However, the FBI has a cause for concern as well. Since 2001, intelligence derived from digital communications has proven vital to the detection and disruption of terrorist operations and the protection of national security. However, this task may become more difficult as sophisticated encryption becomes widely available, allowing terrorists to evade western intelligence agencies. Without better cooperation between tech firms and government agencies, terrorists could become harder to detect and attacks harder to disrupt.