Last month, elements of the Turkish military attempted a coup against the government of President Tayyip Erdogan and Prime Minister Binali Yildirim. Twelve hours after its initiation, the coup had been defeated, having resulted in the deaths of over 200 people. Although the Turkish government is currently in control of the situation, many observers fear that the Turkey coup attempt will destabilize one of the few stable countries in the region.

The first indications of a coup came on July 15th at 7:00 PM local time, when reports surfaced of Turkish soldiers blocking traffic on the Bosphorus bridge. This was quickly followed by sightings of tanks in the streets of Istanbul and Ankara and military aircraft overhead. At 9:00 PM, the Turkish Prime Minister Yildirim announced that the military action was unsanctioned and urged all Turkish citizens to remain calm. Small bursts of violence occurred during the next few hours as government forces battled coup elements throughout the two cities. By 6:30 AM the following day, Turkish President Recep Tayyip Erdogan declared the Turkey coup attempt officially over. 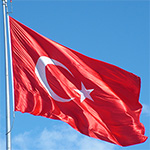 The Turkish government’s response to the failed coup was swift and forceful. President Erdogan declared a state of emergency, extending the period of detention without charge from 3 to 30 days. The measure also allows security officials to bypass parliament. Making use of the powers granted by the state of emergency, Turkish officials detained about 11,000 people with alleged connections to the coup, including over a hundred admirals and generals. Additionally, Erdogan’s government fired about 50,000 personnel from various government institutions including members of the military, the judiciary, and the education system.

President Erdogan has blamed a Muslim cleric, Fethullah Gulen, for the Turkey coup attempt. Gulen is an imam currently residing in Saylorsburg, Pennsylvania under a self-imposed exile. Gulen, 75, is the leader of a religious movement called Hizmet. This movement endorses a more moderate form of Islam and encourages interfaith dialogue. Gulen has denied any involvement, even suggesting that Erdogan himself staged the Turkey coup attempt. Erdogan and Gulen are currently bitter political rivals, despite being political allies for many years. While Gulen’s role in the coup attempt remains unknown, President Erdogan is calling on the United States to extradite him Turkey in order to face trial.

Many experts believe that Turkey’s state of emergency will lead to more arrests and a crackdown against Erdogan’s political opponents. These actions are increasing tensions within Turkey and could be a source of instability in the months ahead. Unfortunately, the Turkey coup attempt has also strained relations with the US and Turkey due to Gulen’s residency in Pennsylvania. Additionally, some of Erdogan’s supporters believe that the United States has done too little to back the current Turkish government. Due to these factors, the employee travel security experts at IMG GlobalSecur urge caution to those thinking about traveling to Turkey in the coming months.