On July 14th, 2016 a terrorist used a 19-ton cargo truck as a weapon, driving through a crowd celebrating Bastille Day in Nice, France. The attack occurred on the Promenade des Anglais, a major thoroughfare running along the coast of the city. Although the investigation is still ongoing, the attacker is believed to have been inspired to conduct the attack after being radicalized by terrorist propaganda. Some commentators believe that this was a lone wolf attack, as there is not yet any evidence that indicates that the assailant was recruited or trained by a terror group. 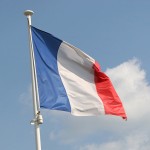 Despite an increased security posture, many are questioning whether the security resources at Nice were adequate. Given the size of the crowd (around 30,000) some experts believe that security staff should have been at least double the number provided. Others criticize the vehicle barriers that were deployed at the event as being too feeble to stop a large truck. Additionally, the defensive perimeter was not completely sealed, as the driver was able to mount a sidewalk in order to bypass security.

Some commentators believe that French security officials simply did not envisage the possibility of this type of attack, pointing out that there have been only a handful of vehicle ramming attacks in the past. This may explain why French police had neither the heavy arms nor the training to stop the rampaging vehicle, resulting in the terrorist being able to continue his rampage for 2km before being stopped. Nonetheless, there have been accusations that even basic security measures were not fully implemented. Of these, the most worrying have been reports that the attacker was able to approach the area by telling police he was delivering ice cream. If this was true, and security personnel never searched his vehicle, it would prove a very serious security failure.

While the investigation into the Nice terror attack continues, the attacks of the last year seem to indicate a shift in strategy by terror groups. No longer are terror organizations such as ISIS and Al Qaeda concentrating solely on sophisticated attacks. Indeed, they seem content to inspire lone wolves such as the shootings in San Bernardino and Orlando. The mass vehicular homicide in Nice also seems to fit this MO. The simplicity of attacks like these makes it relatively easy for untrained individuals to carry them out. The fact that the recent attacks seemed to be inspired, rather than directed, by the terrorist leadership makes it more difficult for intelligence and law enforcement agencies to thwart these acts. Unfortunately, it appears that governments are currently finding it more difficult to defend their citizens against unsophisticated attacks carried out by radicalized amateurs. Until governments can devise more effective ways to deal with this shift in terrorist strategy, individuals need to better prepare themselves in the event they are caught in such an incident.

The IMG Group is a leading international security firm with considerable experience in threat assessments and physical security. Corporate or business organizations concerned about their need for global security expertise can reach out to the IMG Group for assistance. The company’s expert security consultants provide services such as employee protection, VIP and executive protection, risk and threat assessments, workplace violence prevention, protective services, crisis management planning, and more.