On December 2nd, Syed Rizwan Farook and his wife Tashfeen Malik attacked the Inland Regional Center in San Bernardino, California during a workplace Christmas party. Using an assortment of semi-automatic rifles and pistols, the couple killed 14 people and seriously wounded another 22. After the attack, the assailants quickly fled the scene only to be killed in a shootout with police hours later. Though the motive for the attack was initially unknown, it was later revealed to be an act of terrorism. In addition to being the most lethal terror attack on U.S. soil since September 11th, the San Bernardino shooting raises concerns about both terrorism and active shooter incidents. 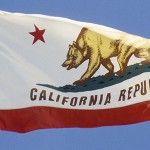 In response to active shooter events, law enforcement tactics have evolved significantly. Previous emergency response tactics to active shooter events were based on hostage scenarios. This response involved establishing a perimeter to contain the shooter and then waiting for specialized units, such as SWAT teams, to arrive and eliminate the threat. Unfortunately, as the massacre at Columbine proved, these tactics proved unable to quickly neutralize active shooters intent on killing anyone within sight. In the case of Columbine, while police, fire, and EMS personnel were staged outside the containment perimeter, the shooters continued their attack unhindered, and many victims requiring medical attention died as a result of untreated wounds.

Because of active shooter events like the San Bernardino shooting, local jurisdictions are migrating from stage-and-wait tactics to more aggressive interventions. Instead of establishing a containment perimeter and waiting for the arrival of SWAT teams, law enforcement officers are now being trained to work in small teams of two to four people to neutralize the active shooter as quickly as possible. A single officer with the proper training and equipment can stop an active shooter quickly and prevent many casualties. Additionally, many fire departments are altering the way they respond to active shooter incidents. Fire and EMS personnel are being trained to use a concept called Tactical Combat Casualty Care, a patient care paradigm developed by the military, in order to provide critical aid to the wounded in an active shooter incident. In contrast with the previous stage-and-wait mentality, Fire and EMS units now choose to enter active shooter scenes with a police escort in order to provide immediate care. As knowledge of active shooter incidents continues to expand, tactics will continue to evolve to counter the active shooter threat.

Learn More About IMG Group, a Leader in Security and Crisis Management Consulting