Executive Travel Security Update: Protecting the Pope Visit to US 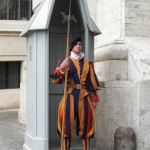 Truly, executive travel security for such important figures as the Pope is vital. The Pope is the spiritual leader of the world’s 1 billion Catholics and the head of Vatican City, a recognized and independent country. Pope John Paul II survived an assassination attempt in 1981, and Pope Francis is believed to be at risk from radical Islamic groups.