Succession planning is a standard risk management technique practiced by many companies around the world. Succession planning is the process that ensures key roles within a company can be quickly filled in the event of injury, death, or untimely departure of a company executive. Normally, firms produce a succession planning document that lists the individuals able to take on key roles within the company. In the event that there are no personnel on-hand to step in, a succession planning document should detail the necessary experience, background, abilities, education, and temperament of suitable replacements. While every company needs to engage in succession planning, firms should also attempt to mitigate risk through executive protection and corporate travel security strategies. Basic safeguards can do a lot to increase the safety of employees and executives. Furthermore, these strategies can help a business assess the risks facing its staff. One component of both executive protection and corporate travel security is aviation security. 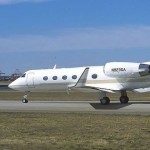 Commercial aviation is becoming safer with each passing year. Despite some people’s trepidations about flying, it is far safer than other forms of transport. In fact, the odds of dying on any single airline flight stand at more than 1 in 4.7 million. However, this risk profile is not entirely uniform. For example, business jets, commuter flights, and charter flights are somewhat more risky than travel aboard big commercial carriers. It also should be noted, that flying between major metropolitan hubs is generally safer. For instance, remote airstrips located near overseas mining or drilling operations may simply lack much of the safety, air traffic control, and rescue infrastructure present at large airports. Given these risks, the executive protection professionals at IMG have provided advice to organizations in order to strengthen their aviation security posture. For example, IMG recommends that a company refrain from booking its entire management team on a single flight. This will ensure that the company will still be able to function in the event of a plane crash. Although private flying is popular, firms should be aware that general aviation is substantially more risky than commercial aviation. In fact, the rate of fatalities for general aviation is five times higher than the rate in commercial aviation.

Many people are familiar with the notable air disasters of the past 50 years. Some of the incidents involving sports teams have garnered significant media attention. There was the 1972 plane crash in the Andes Mountains involving a Rugby team that was captured in the movie “Alive.” Also, there were two plane crashes in 1970 that devastated the college football teams of Wichita State and Marshall. Yet, there have been lesser-known accidents that have had an outsized impact. For instance, there have been several crashes that have led to large disruptions to the operations of large businesses. In some cases, whole countries were impacted. Some notable incidents include:

IMG has extensive experience in executive protection and aviation security. To learn more about the full range of services offered by IMG, please visit: http://www.theimg.com/travel-executivesecurity.html