2016 Election: Will Recent Security Incidents have an Impact on the Election?

Issues such as crime, national security, and terrorism have always played a significant role in democratic elections, both in the United States and around the world. Yet, specific violent actions seem to have taken an outsized role in the 2016 election. This is probably due to at least two factors. The first is the relatively large number of “persuadable” voters. This means that security events have the potential to push on-the-fence voters to one side or the other. The second reason that security incidents may be having a larger impact on the 2016 election is because of the relative high frequency of recent attacks. 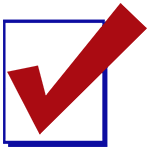